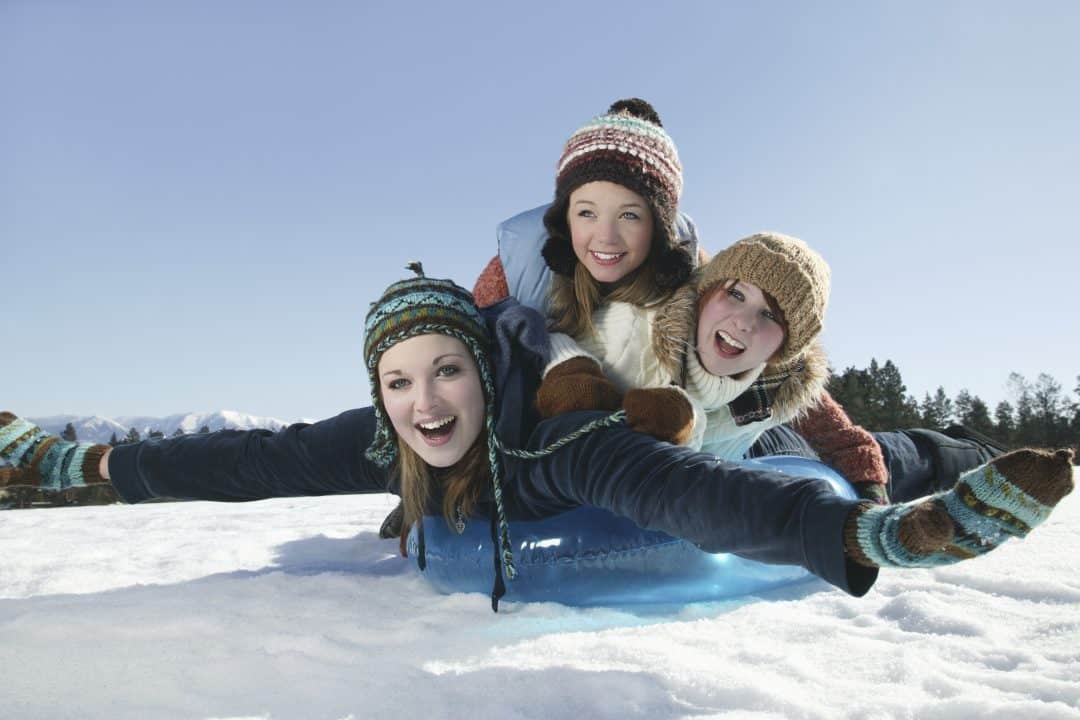 Staying in a cabin is all about getting away from all the stress of everyday life. We want to be able to enjoy ourselves and make the most of what life has to offer us. This is especially so if you’re with your family, the kids will love it. Some may think the winter is a joy-kill however I see it as a blessing for the opportunities it has to offer.

Many people also think the same which is evident in the sky rocket in cabin rentals during the Christmas holidays. During this time, many people can take days off work and the kids are off school. It’s a great time to go on holiday, it allows families to get away from the city during Christmas and spend time with their loved ones.

You don’t have to be a child to play in the snow, people of all ages can have fun in the snow. There’s a wide variety of different activities which you can participate in. This time of year, has so much to offer you, so don’t be stubborn and embrace the cold. In this article I’ll be explaining a few activities which you can take part in to make your time at your cabin just a bit more enjoyable.

Building snow forts is great fun, perhaps not something a grown man would do without his family but it’s especially fun for children and teenagers. Fort Building is easy and a great way to enjoy yourself.

This is a great way to bond with your children. Set-up your own fort and help them build their own and spend an hour exchanging snowballs from your sorts. Siblings will have great fun with this. As a child, I use to love bombarding my brother with snowballs and overwhelming his fort until it comes crashing to the floor.

Snow forts are best made when the snow is fresh and fluffy. This type of snow is easy to manipulate and move around. When patted down or squeezed the snow will harden and become denser to make for a strong fort.

You can become creative with building a snow fort. You can either use your bare hands or use equipment such as containers and buckets. If you’re using your hands, you’ll want to pull as much snow together as possible and pat it down until it’s dense enough to hold itself up like a castle wall. You could also create brick sized rectangles and put them together like a brick wall. This looks great though it’s a bit more difficult than using equipment.

If you’re using equipment such as buckets or containers, the easiest way to make a fort is to fill it will as much snow as possible until the container is full. Pat it down to get rid of any gaps and flip the container over – allowing the snow to fall out in the shape of the container. Continue doing so until you’ve got a strong snow fort.

I’d highly recommend this activity if you have children. Though this could be fun to do with a friend or your significant other, if you have a childish sense of humor.

I highly recommend this great activity, especially with the combination of snow forts.

You can decide how organized you want your game to be. Perhaps you want a well-organized team deathmatch with multiple teams preparing their own forts and territory before-hand or perhaps you want an unorganized frenzy of snowballs being thrown around at whoever comes into your sight first.

Personally, I love a somewhat organized snowball fight with two teams – not any over the top bases, forts, or flags. Just two teams battling it out against each other.

There’s only a few things you should worry about when playing with snowballs:

Building a snowman is necessary during the winter. This is a great family activity which the children will love. It could also be cheeky activity which you can participate in with your friends.

This a great little task which can take anywhere from a few minutes to a couple of hours, depending on how detailed you want your snow man to be. I often spend about an hour building my snowman.

You can get very creative with a snowman. It doesn’t have to be as traditional as having a carrot as a nose, a woolen scarf, twigs for arms and a top-hat. You can make your snowman unique with your own final additions. I like to give my snowmen a belt, mustache, some sun glasses, and some funny facial expressions. The combinations are endless.

Building the basic snowman is simple. Firstly, you want to build his body – everyone builds their snowmen differently. Many people will have a foundation of two circles, one for the head and one for the body. And some people have three; one for the head, one for the body and one for his lower body. You can create your base by gather as much snow as possible and mashing it all together. An easy way to approach this is to create a small ball and roll it around in the snow – it will gradually increase in size. Once it’s big enough, run your hands around the base to smoothen it out into a circular shape.

Then you want to create his head using the same method. Obviously, you don’t want it as big as the base so don’t go overboard. It also must be small enough for you to be able to lift it over the body. Slap it down onto the body and pat it down till it sticks on, like glue. You may have to get some extra snow and pat it against where the body and the head connect, to strengthen the connection.

Finally, you now have the task of decorating your snowman and making it yours. As previously mentioned, the most common additions are the twigs for arms, carrot for nose, rocks for eyes and buttons and a hat.

Creating Snow Angel is a nice little activity for the kids.

Creating a Snow Angel is simple. Lay down on your back in the snow and begin to wave your limbs up and down. Dig into the snow as much as possible to make your Snow Angel as prominent as possible.

When you stand up you should be able to notice the figure of an angel in the snow. It’s not a life-changing activity but it is something which the kids can have fun doing for a couple of minutes.

Sledding can be a very enjoyable activity regardless of your age or gender.

If you’ve got any slopes or hills nearby then you must make the most out of them. During the winter such hills are a luxury.

Sledding is one of my favorite snow activities. You don’t require much equipment at all – all you need is the sled itself. When done properly, sledding can be an amazing activity for all the family.

Firstly, you’ll want to create a path which you’ll be sliding down. I don’t like to go over-the-top. A simple straight line down a hill is good enough for me but feel free to add some bends or ramps if you like. You can be creative with this and make it as intricate as you like however just remember that gravity is a very powerful force.

It’s a good idea to create a pillow of snow as the end of your path to prevent you from falling any further. You don’t want to lose control and end up going head-on into a tree or bush.

When the fun and games are over, you’ll probably be freezing though you’re still not eager to head inside.

Therefore, it may be a good idea to build a campfire outside. This way you can still be outside, but you finally can warm up. This is especially good if you’ve had enough but the kids are still enjoying their time in the snow. You can sit back and warm-up whilst watching the kids.

There’s nothing better than drinking a nice, warm drink whilst sitting by the fire after a long day in the snow. Whilst drinking your tea or hot chocolate, you can talk about all the fun you’ve had during the day.

I believe I’ve produced a detailed guide full of many amazing snow activities. I hope that you too can enjoy yourself in the snow this year. If you feel as though I’ve missed anything, or you want to ask me any questions, feel free to leave a comment.