Before you go, check out this article! 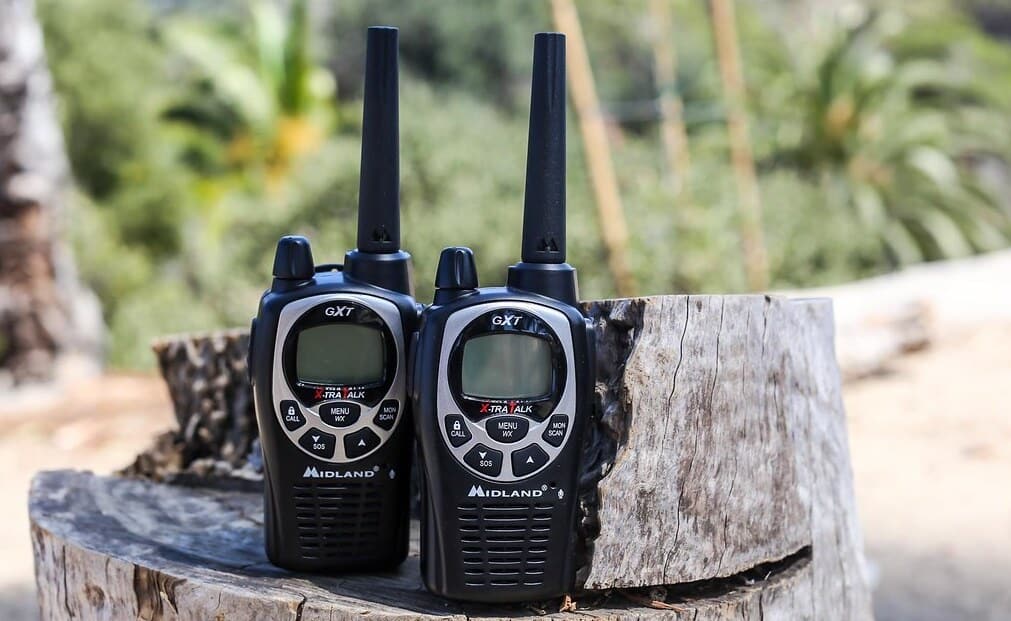 Have you ever used a two-way radio when you were a kid? If you had a set then you’d know how awesome it was. Having your codes, sharing secrets, communicating in a way that only you and the other person on the radio understand.

For somebody who is new to using a two-way radio and is scratching their heads hearing radio lingo and walkie talkie language, now is the best time to learn. This topic is the perfect guide for you on how to talk on a walkie talkie, so that next time, you know how to respond correctly.

A walkie talkie is particularly useful at work. They’re still used in the modern world, especially by those living off-grid. But it is worthless if you don’t understand what the 10-4 means. Luckily, we have compiled some of the most helpful radio etiquette and walkie-talkie codes here.

What are Walkie Talkie Phrases & Lingo?

Walkie talkies or handheld radios are wireless devices used to communicate over short distances. They are inexpensive and readily accessible; thus, you can find them being used for communications in a different environment.

They are fun and straightforward to use. All you need is a set of radios of the same model and brand tuned in the same frequency. How to use a walkie talkie is very easy. You only need to push the button to talk and then release it to listen. Most of them are push to talk walkie talkies, too, and the models are all similar.

There are basic phrases that may be familiar to both users and non-users because you can hear them often in popular cultures like radio codes police used on TV or the CB radio language used in movies or songs.

Below are some of the radio codes that may sound familiar, even if you are a novice in using walkie talkies.

This phrase is the quickest way of saying that you comprehend what the other person is saying. The word Roger goes way back from when Morse code where “R” stands for received, meaning the message is understood. When radio communication becomes mainstream, the military took them with the same purpose in mind.

It may be familiar because you frequently hear them used in the movies when one encounters a life-threatening situation. It is an international distress signal that indicates that a transport or vehicle is in an emergency or about to go down. The term was coined in the 1920s and came from the French word “M’aidez,” meaning “come help me.”

This word is used at the end of a message to signify that the person is finished speaking.

This word is used to indicate that the other party on the radio is now signing off.

Both of these words can be used as a query if the person speaking is being understood or heard. It is used in this manner: Do you copy? Or Do you Read me?

As a phrase, it intimates “will comply,” which indicates that the person speaking will do the task which is being asked for them to do.

The 10-codes are the standard language used in two-way radio communications across different industries and users. You will encounter them whether you are in a manufacturing arena to in public safety.

They stand for phrases, and here it goes.

It is hard to determine the letters a person said over the radio. Some letters can sound confusing like “M” with the letter “N” or “B” & “D.” To solve this problem, radio communications is using the phonetic alphabet. These are words that correspond to the letter in the alphabet like A for Alpha, B for Bravo, etc. You can check out the rest of the letters here.

Which Radios To Buy?

Using a walkie talkie can be as smooth as it can be if parties will follow a certain protocol. People in the communication loop has only one target, and that is to make it worthwhile. To do this, they have to observe the rules. Here are some of the basic etiquette that each should follow when using the radio.

#1 Use a language that each and everyone understands. It will be useless to use the radio when you don’t have a universal language everybody understands and is comfortable of using. This will come in handy, especially during an emergency. Better stick to the standard language for everybody to understand.

#2 Wait for the word “over.” It is not kind to interrupt others while they are saying something. In walkie talkie, the person will not hear you because the button is still pressed. Wait for them to say “over” before you speak.

#3 Do not communicate with secrets. You should not be passing on secret or confidential communications over radio frequencies. Remember that in two-way radios, the channels are open, and anybody can pick up the frequencies and listen in. Always use privacy codes if you need to transmit private messages.

#4 Use call signs. To have complete privacy and for security reasons, you should assign call signs to the people in the group. This is the most effective way to identify them and remove strangers who might have stumbled into your frequency.

#5 Avoid transmitting long messages. In radio communications, messages are short and concise. Long messages are not advisable because they may lead to confusion, and too many words may not be able to convey the messages succinctly. If it is vital, try dividing the message into short messages.

See, it is easy to learn walkie talkie phrases and jargon. Using them is not as hard as it looks as professionals do, and the language is not difficult at all.

In addition to its convenience and utility, the two-way radio lingo somehow represents a link to the history of walkie talkies. Radio has been a part of communication tools for almost a century now, and it seems that not even mobile phones can replace them.

So, when you start using 10-4 or “over and out,” deep inside, you know that you are now part of the long tradition of using radio for communications.

You should also get yourself an outdoor watch. With the combination of a good outdoors watch and a walkie-talkie, you’re set to go!

Staying inside the comfort of your home watching your favorite television series or just lazing on the couch can be more appealing to many during winter. It is cold outside, and you want to stay...

There is nothing cozier than spending in a hunting cabin away from the hustle and bustle of the city. The hunting cabin is a nice retreat during the winter with the snow all around. However, the...