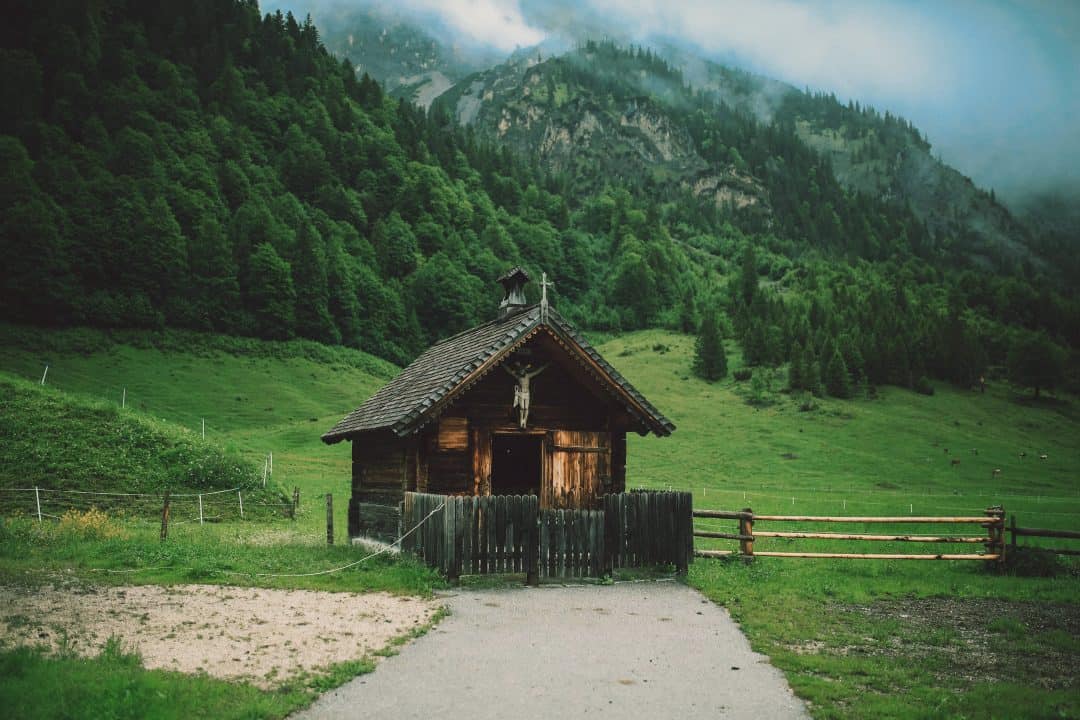 What is the different between a cabin and a house? It’s one of those questions which could be answered in just a few words – or you can go into more detail. In this article I’ll be giving you both answers.

In short, a house would be any building which you can live in, fitting at least one family – whereas a cabin would be a small scaled house or shelter built for a single person. We can go into more detail, describing their common attributes and differences.

Cabin vs. House—What’s the Difference?

There are many blurred lines in the definitions of these buildings. This makes it difficult to identify a building as either a house or a cabin.

A building can be a house and cabin at the same time, they are not mutually exclusive definitions. This can make it very difficult to identify a building to be either a house or a cabin, because it could be both at the same time.

A building for human habitation, especially one that consists of a ground floor and one or more upper story’s. This is the definition of “House” by Oxford.

A small wooden shelter or house in a wild or remote area. This is the definition of a “Cabin” by Oxford.

A key difference between the two definitions is the fact that a cabin is referred to as a small wooden shelter. This may have been the case a few years ago however nowadays, cabins are not only limited to the material of wood; there are a lot of different types of cabins such as shipping container cabins.

Cabins also don’t also have to be small shelters anymore, nowadays they can be just as large as a normal house, if not bigger. These cabins are not make-shift homes anymore and are built by professional construction firms. Because of this, I feel as though these definitions are slightly outdated and could be updated with a more modern differentiation.

Through these two definitions we can see that the main difference between the two is that a cabin is in a wild or remote area. I feel as though this is the best way to differentiate the two. If you have a house in the woods, though it may be a house – you’d probably still refer to it as a cabin. In the definition of a cabin we can see that a house can also be referred to as a cabin if it’s in a wild or remote area.

Other types of houses

The term ‘house’ is referred to as any building for human habitation, therefore a cabin is just a form of house. Though, besides cabins, there are many other categorizations of houses. For example, there are cottages, chalet’s, and lodges. Again, these categories can over-lap and a house could be a cabin and a lodge at the same time. This therefore makes it’s difficult to identify which category a house will fall-into.

Each classification will have its own attributes and characteristics which may overhand into other classifications – causing a type of hybrid. Therefore, take all definitions pinch of salt and don’t assume that your cottage cannot also be a chalet.

What is a Lodge? A lodge is very similar to a cabin. In-fact, before researching this further, I believed they were more-so the same thing and used the two words interchangeably. Though there are a few variations.

The definition of a lodge is especially more complex as there are many variations of a lodge.

The Oxford definition of a lodge is A small house at the gates of a park or in the grounds of a large house, occupied by a gatekeeper, gardener, or other employee. This therefore means that it’s essentially a small house located in a park and occupied by an employee.

There are a few different types of lodge’s such as a hunting lodge. The Cambridge definition of a lodge is a small building used by people during a sports season. This is very similar to a cabin as they’re often small wooden buildings with the purpose of being used for hunting seasonally. This definition of a lodge can over-lap with that of a hunting cabin.

As you can see, the definitions of these different types of houses can vary vastly, and therefore everyone has their own opinion of what is what. For example, as I mentioned previously – there is not much differentiating a hunting cabin and a hunting lodge. The Oxford and the Cambridge definition of a lodge vary vastly from each other and do not have much correlation apart from the fact that a lodge is a small building/house.

This emphasizes my point that a house can sit in between different classifications.

What is a Cottage? Some people wouldn’t agree completely with this definition and would say an important aspect of a cottage it its architecture. Because of this, some people will own houses in the city with a traditional country cottage architecture style, and refer to it as a cottage.

What is a Chalet? Chalets are wooden houses found in the mountain areas of Switzerland (Swiss Alpes). Chalets will have wide, overhanging eaves and will look like typical farmhouses. Due to their distinctive architecture and geographical location, chalets are not difficult to distinguish from other types of houses.

A cabin, cottage, chalet, and lodge are just different variations of a house. Each has their own characteristics which may over-lap with those of other classifications. Because of this, a house does not have an exclusive definition, and can be multiple different types of house at the same time. For example, a lodge by also be a cabin. In the end of the day it doesn’t really matter to much what your house is, a home is a home.

If you feel as though I could have included something into this article, or you have any questions which you’d like answered – feel free to leave a comment below.